You are here: Home1 / Airline news2 / Christmas has come early with the help of British Airways for 12-year-old...

Finlay’s mum, Gail, wrote to the airline to ask for some Christmas BA Magic for her son. Finlay has a severe form of cerebral palsy, which sees him relying on adult support for everyday tasks. Gail explained that despite Finlay’s difficulties, he has an amazing can-do attitude to life and his resilience truly shines through.

Gail told British Airways that Finlay has, for the last two years, dreamt of being able to play football games on Xbox with his friends and family.  This hasn’t been possible for Finlay as he has very little hand control and can’t use the standard computer games controls. After a lot of research, Gail found a charity the south of England, but didn’t think they’d ever be able to take Finlay there. That was until British Airways stepped in!

Flying to Aberdeen, where Finlay and his family live, British Airways pilot Jonathan Knowlson made a surprise trip to Finlay’s school.  Finlay was presented with a signed Real Madrid shirt from his idol Cristiano Ronaldo and received a video message from Rangers Football Club Captain Lee Wallace, before being told that he and his mum, Gail, his dad, Bruce and his five-year-old brother, Brodie, would be whisked off to London for the weekend that very evening to get Finlay his very own bespoke Xbox controller. Finlay and Bruce would be going to the airport in style, with supercar fan Bruce being surprised with a Lamborghini Huracán Spyder to drive his son to Aberdeen airport in.

The following day, British Airways made arrangements for Finlay and his family to visit SpecialEffect, an Oxford based organisation which helps people with disabilities play video games, by using technology ranging from modified joypads to eye-control. SpecialEffect assessed Finlay to work out the exact requirements for his bespoke remote control, so that he could finally enjoy the magic of playing on an Xbox together with his friends and family.

On their last day in London the family were taken on a surprise visit to Hamleys toy shop which had opened early especially, where Finlay and Brodie were treated to early Christmas gifts. British Airways ensured there was some Magic included for Gail and Bruce, and surprised them with a holiday to New York – the city they had been desperate to return to for their upcoming wedding anniversary. 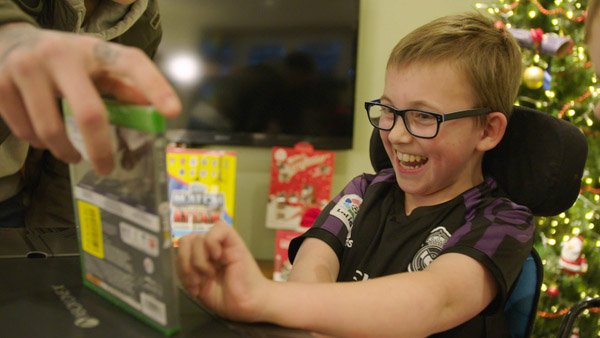 Once the family were back in Scotland the surprises continued, as Finlay’s favourite Rangers Football Club player, Josh Windass, took a trip to Aberdeen just to present Brodie at home with the finished bespoke controller and his very own brand-new Xbox.

Finlay’s mum, Gail, said “I got in touch with British Airways in the hope that they would spread their Magic to our family, and we are so overwhelmed. Finlay is an absolute star and deals with life and all that is thrown at him in such a remarkable way. To be able to see him do something he’s dreamed of doing for the last two years is the best Christmas gift we could have wished for. It’s been such a special and memorable experience for us all.”

Carolina Martinoli, British Airways’ director of brand and customer experience, said: “As soon as we read Gail’s e-mail, we wanted to help make Finlay’s Christmas wish come true and give the Sangster family a weekend to remember. We’re thrilled that we’ve been able to do something special for a truly deserving family.”

British Airways is asking customers who have booked a trip with them to email their stories to the airline, in the hope of making their trip a little bit more magical. 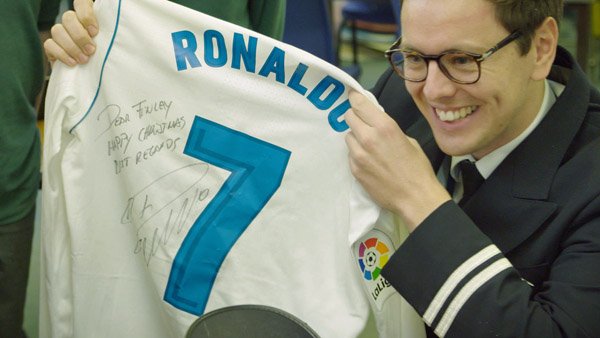