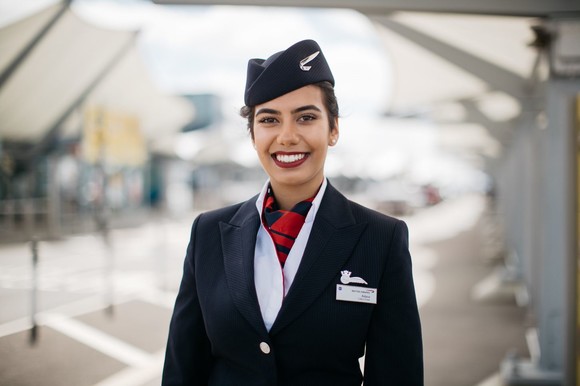 Customers have voted British Airways staff as the best in Europe at the Skytrax 2019 World Airline Awards.

The award recognises the airline’s staff for their friendliness and efficiency, and highlights the consistent excellent service delivered by airport and on-board customer service teams.

The airline is celebrating by sharing some of the wonderful stories of its frontline colleagues and their connections to the airline.

Alex Cruz, Chairman and CEO of British Airways, said: “Customers are at the heart of everything we do, and we’re delighted that the hard work and dedication of our colleagues has been recognised with this award. We know that our colleagues make us who we are as an airline, and in our centenary year, we’re incredibly proud of this achievement.”

The winners were announced today at the Paris Air Show (June 18). 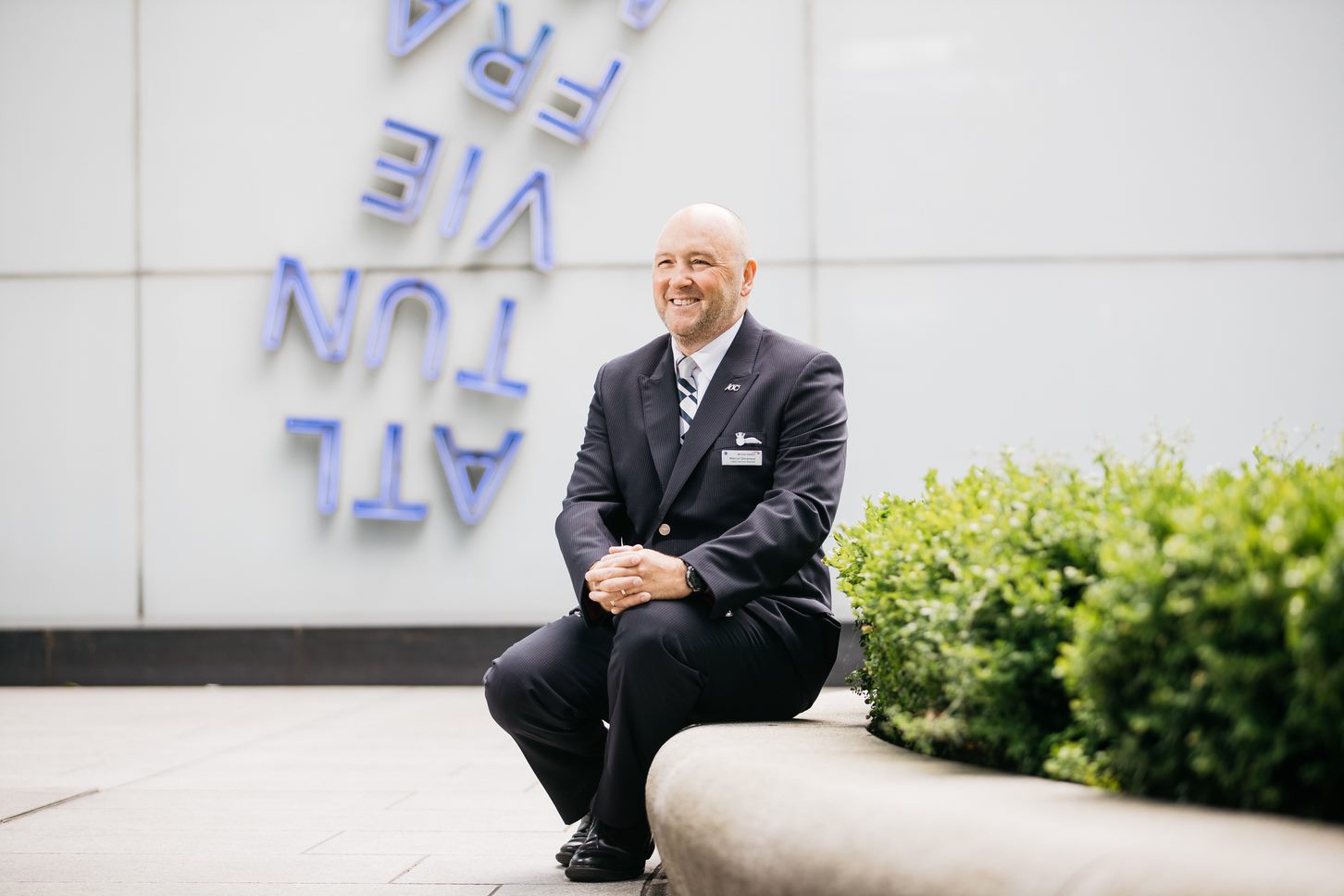 As a kid, growing up in our family was always interesting because my dad and all his brothers worked for BEA/BOAC and later British Airways, at one time or another. I would sit there and listen to their tales of trips they had been on – ranging from inter-Europe trips on Viscounts stopping in Rome, Catania, Malta and Tripoli, to 28-day trips down to New Zealand via Los Angeles, Honolulu and Fiji and various exotic destinations.

Jimmy’s daughter, Gerry’s two daughters and Sean’s two sons also all joined British Airways. Finally, after listening to all the stories from my dad and uncles, I decided I wanted to join BA. At 17 I was too young to apply for cabin crew, so I joined BA in revenue accounts, and at 18 I transferred to foreign currency cashiers in Tristar House. At 20, I applied and was successful in joining the BA Tristar fleet, on which I flew for just over a year, before transferring to Eurofleet for 29 years, and then last October I moved over to the Worldwide fleet.

At one time we had 10 Devereuxs working for BA in one department or another which was a record, which I believe stands to this day! 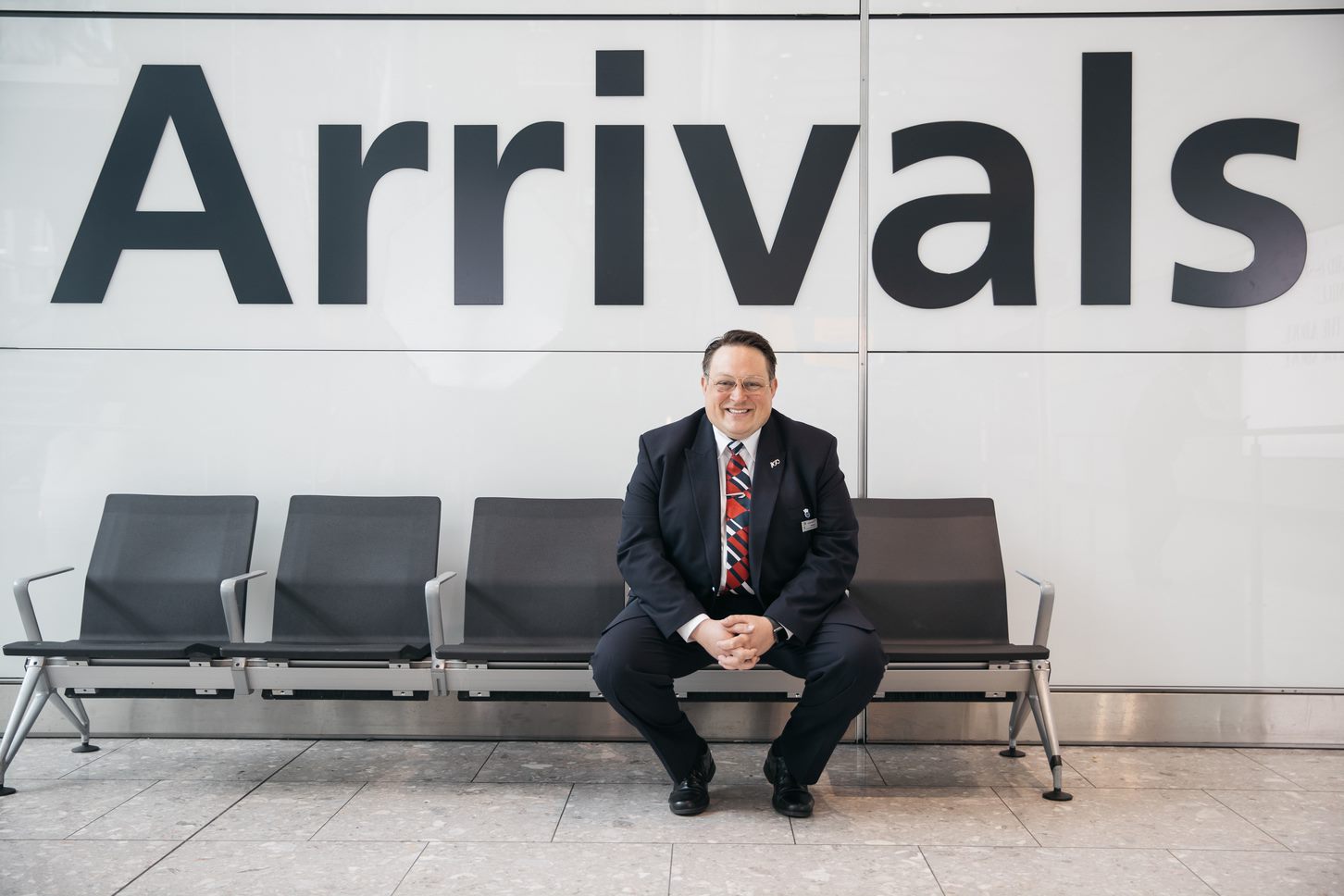 I first flew British Airways when I was five years old and took my first flight to South America. My mum is Brazilian and my father is Italian. I grew up in Italy, and as a child I was always travelling between Europe and Brazil. I fell in love with airports and airplanes, and started to build my own airport at home with the airplane models you could buy on board.

My favourite movie when I was younger was Mary Poppins – I fell in love with British culture, and the British hospitality and kindness stayed in my heart.

I was working in luxury fashion as an accounting manager but something was missing in my life. I wanted to be part of a great British brand and contribute to flying the flag around the world for my favourite airline, and my dream came true last year when I joined British Airways at aged 40. I’m so happy working – with extraordinary colleagues, and having a lot of fun every day! 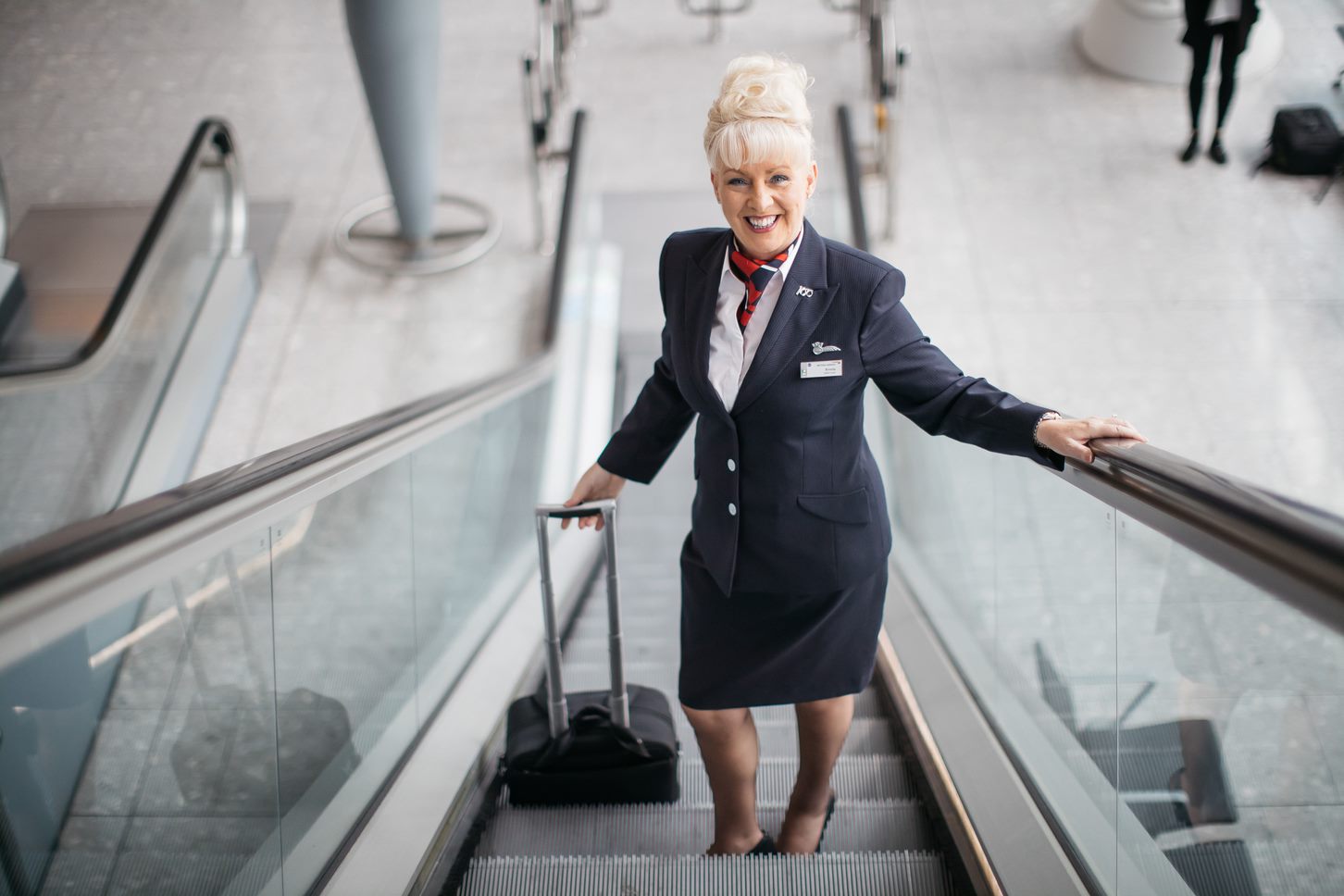 I grew up in Dublin, ten minutes from the airport. My dad loved holidays, it was his thing – we used to go away as a family once a year for two weeks every August, and he made it so exciting. When we took our first flight, it was something else! I used to beg my dad to take me to the airport at the weekends, and on the open air viewing point, he’d hold me up to the binoculars so I could watch the planes coming in for landing.

And I did the exact same thing with my daughter. From a really young age, she knew she wanted to be a pilot and she’s currently a captain for another airline. My son-in-law is a pilot with British Airways – and my dream would be for us all to work together at BA one day.

I only ever applied to two airlines – both flag carriers: Aer Lingus and British Airways, and I wouldn’t work for anyone else. I’ve been at BA 15 years now and I still absolutely love it.

I grew up in a BA household – my Dad is a 787 captain and met my mum while she was working as cabin crew.

I’ve always loved planes and the excitement of flying. For my 13th Birthday, my parents bought me a flying lesson on a Cessna aircraft and I realised that there was nothing else I wanted to do more than to fly!

I left college last June and applied to be cabin crew because I knew it would give me a great insight into the lifestyle, and an idea of what it’s like to work within an airline. I’ve been flying for just under two months now and absolutely love it! I’ve been to so many amazing places and met so many incredible people. I just love the variety of the job – no day is the same!

My dream is still to be a pilot, and each day on an aircraft fuels my passion to eventually cross the cockpit door and fly for BA as a Captain. 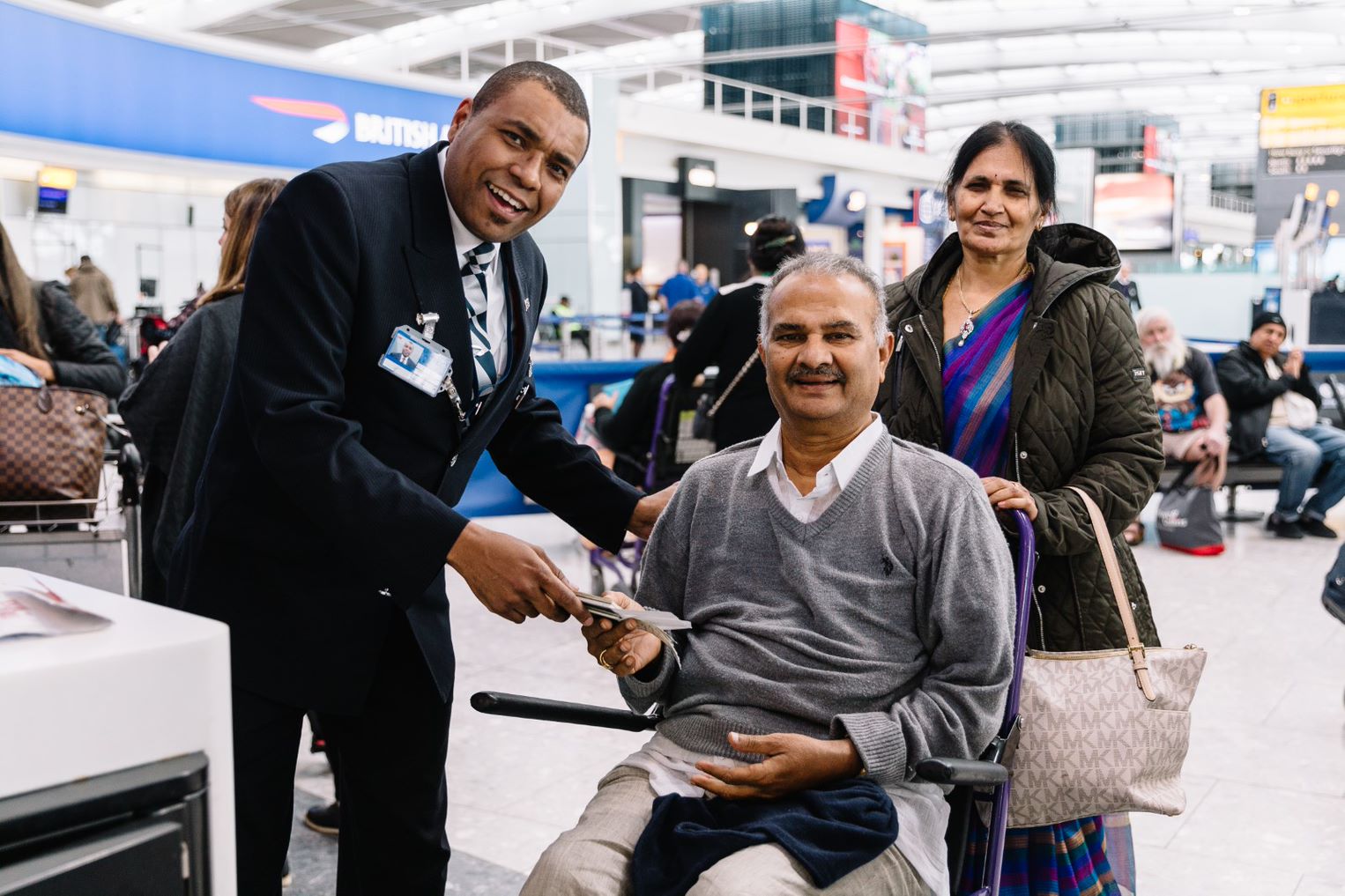 I contracted polio when I was nine months old and my mother was told by doctors that there was nothing that they could do. She was a very strong woman and all the fortitude I have comes from her, and here I am today.

I am barely capable of walking without crutches and use a mobility scooter in the terminal, but that hasn’t held me back. Throughout my life, I was told I couldn’t do certain things, and it simply drove me to strive harder than everyone else. As a teenager, I was told that I would never even ride a bicycle and now I race motorbikes and hope to compete in the Disabled Superbike Championship.

I grew up in Portugal, and had a diverse career before joining British Airways eleven years ago. I am a disabled activist, and fortunately my work here has allowed me marry my two passions of customer service and disability rights to coordinate a fantastic team at BA who look after our customers with reduced mobility. 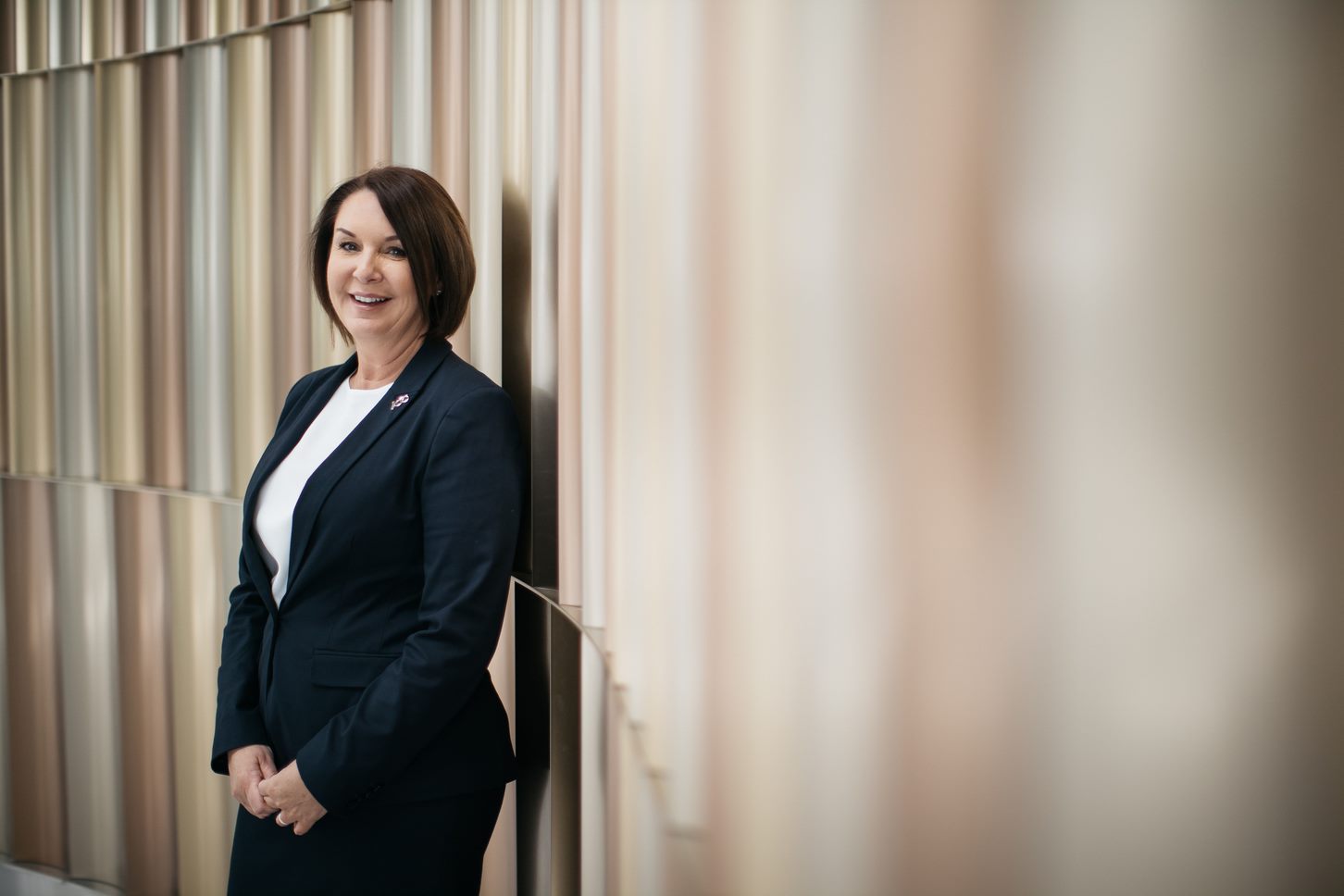 I joined British Airways in 2015, at age 45. I wanted to do something for myself, besides being a mum.

A dear friend of mine encouraged me to apply for a job at BA – somewhere I had always wanted to work. After joining as a customer service representative, I applied to the Aspire to Leadership programme which enabled me to broaden my knowledge and develop my skills. I graduated from the scheme last year after retaking my Maths and English qualifications and I’m now creating a new premium customer team at Heathrow.

I hadn’t worked full-time since my twenties before I started at BA, and I didn’t feel like my life had much purpose. The transformation for me has been remarkable – I’m really passionate about what I do now and I really think this is where I’m meant to be.